Thanks to Social Media Breakfast (and Columbia Entertainment) I was able to attend an early showing of The Social Network. This movie has generated tons of buzz, at least online and in the news, and I was excited to get the opportunity to have an advanced showing of the flick.

I arrived at the theater with my husband, parked, stood in line, got tickets, and went to the theater entrance. Standing in front of our theater was security with metal detector wands, and tickets.

END_OF_DOCUMENT_TOKEN_TO_BE_REPLACED 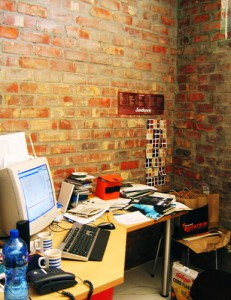 I have recently accepted a position that will have me Facebooking, tweeting, managing  YouTube accounts and several other marketing and communication tasks… I couldn’t be happier! However, it got me thinking about the stigma of these positions and how it’s always so much more than just updating Facebook and bit.ly links.

There are many facets to positions that manage a company’s social media outlets. While people are responding to customer questions and concerns, workers also organize and implement marketing campaigns that are apart of larger plans. However, I believe that many times there is one major section that isn’t seen- the role of customer service in social media.

END_OF_DOCUMENT_TOKEN_TO_BE_REPLACED

There are many people and organizations out there that preach about etiquette and need to incorporate social media into your job search. I knew that, but I didn’t understand how until I had been really tweeting for about four months, had attended a few events that I heard about online and begun following people that really interested me. I only chose to dive in because I was still a new face in a big city. Moving from Nome, Alaska to Minneapolis/St. Paul, MN was quite a transition. I needed to get moving on my networking efforts because whatever I was doing, wasn’t working.

Currently, I blog for SocialMediaMarketing.com. I found this gig on Twitter- same thing with BridePOP.com. They tweeted about how they were looking for people to blog on certain topics, I direct messaged them, followed-up, gave them a link to my blog to use as a writing sample and the rest is history. Now I have my first post up on BridePop and I have written one post every week since mid-December for SocialMediaMarketing.com.

How is this different compared to my last freelance/writing gig search? A conversation happened. I responded – on Twitter – that I was interested. For me, it was similar to talking with a group of people and saying ‘I’m interested in ______ position. Can you tell me a little more on what you are looking for?’ I used my experience from job fairs and interviews and brought it online. It was like a preliminary round. They checked me out online and we moved forward. Fantastic.

Those things would have not happened if I hadn’t been participating in the conversation!

Here are also some ways I expanded my networking circle:

END_OF_DOCUMENT_TOKEN_TO_BE_REPLACED

Today was exceptional. Why?

Besides being employed and generally happy about being alive… I met up with Katie Schutrop for happy hour (even though Don Pablos in Roseville apparently doesn’t do that???) and some geek talk. She blogs here about her life in the Twin Cities and a load of various topics. Her latest blog she interviewed @GirlMeetsGeek on Getting social with your job search.

Katie has been busy in the Minneapolis/St. Paul! Between founding AND organizing the Young Professional Communicators – Twin Cities to keeping up with the PR and social media world, she’s an amazing young professional that you want to keep track of.

Why was today awesome? Well, overall it’s great to be around someone else that speaks my language. From discussing how a local chain isn’t up to social media par to how twitter can be used to enhance and create relationships, she’s all about some insight and conversation.

It’s mostly awesome because none of this would have happened without Twitter. Skeptical?